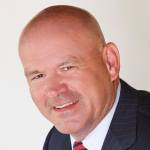 Clearly it is my opinion that, while today’s markets have significant challenges (challenges that we will need to deal with for some time) I DON’T believe that the markets will crash like so many of my colleagues do. The theory out there now is, in part, because of the CMBS and other credit/valuation/borrower issues there will be large amounts of foreclosure activity over the next three years (much of the CMBS market matures through 2012). While it is difficult to predict what happens in the CMBS market (although I don’t think there will be a crash in this market), I do believe that, in general, the overall “lender borrower” relationship is much more civil today than it was in the early 90′s (the period of time that everyone compares today’s markets to). I believe that today’s lenders have developed a more patient approach to their borrowers and that this patience will pay dividends (much of this patience has been because the Fed has allowed the banks to deal with valuation of their assets). This patience will pay dividends because (in my theory) it will allow the borrowers the time to work through their owns issues AS the economy begins to recover and BEFORE the lenders begin foreclosure.

Now this theory doesn’t work with all borrowers or all industries. I think it is safe to say that there are borrowers out there that have been hurting for some time and these borrowers are near the end of their rope. It is also safe to say that there are some industries that will take longer to recover and lenders might run out of patience with them as well. However, in the early 90′s lenders didn’t discriminate between industry and borrower. If there was a technical default, you were done! THAT created a tremendous amount of foreclosures of commercial/industrial properties which resulted in a glut of industrial space on the market. The demand for space didn’t come close to matching the glut, this created years of inventory to work through.

If lenders remain patient I believe that they will be rewarded for that patience with performing loans, happy customers and a solid real estate market with sound fundamentals.

Patience and civility…what a concept!!!